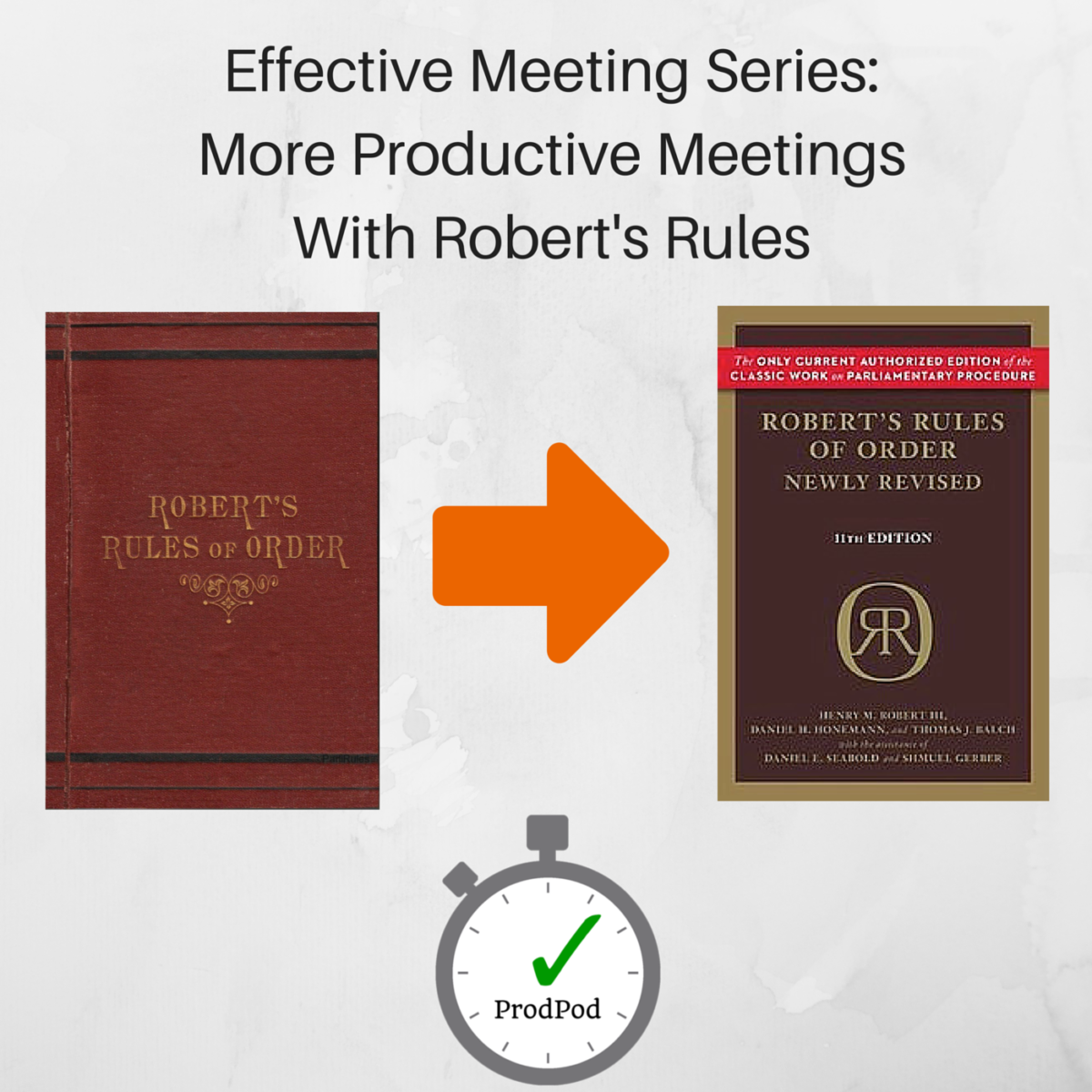 In a nutshell: While Robert’s Rules of Order may seem outdated, outmoded, prescriptive, and even restrictive, you’d be surprised what a little bit of parliamentary procedure can do to make meetings much more highly productive. In this episode, I continue my discussion on Robert’s Rules of Order and how this can be incorporated into your meetings.

In the last episode I gave some productivity principles for effective meetings. Continuing on the Robert’s Rules of Order theme, I want to cover some steps you can take to run more effective meetings in the modern era.

As you can see, formal and informal meetings that need decisions made require structure for greater productivity. You know it. I know it. And, now, you have the starter tools to make it happen.