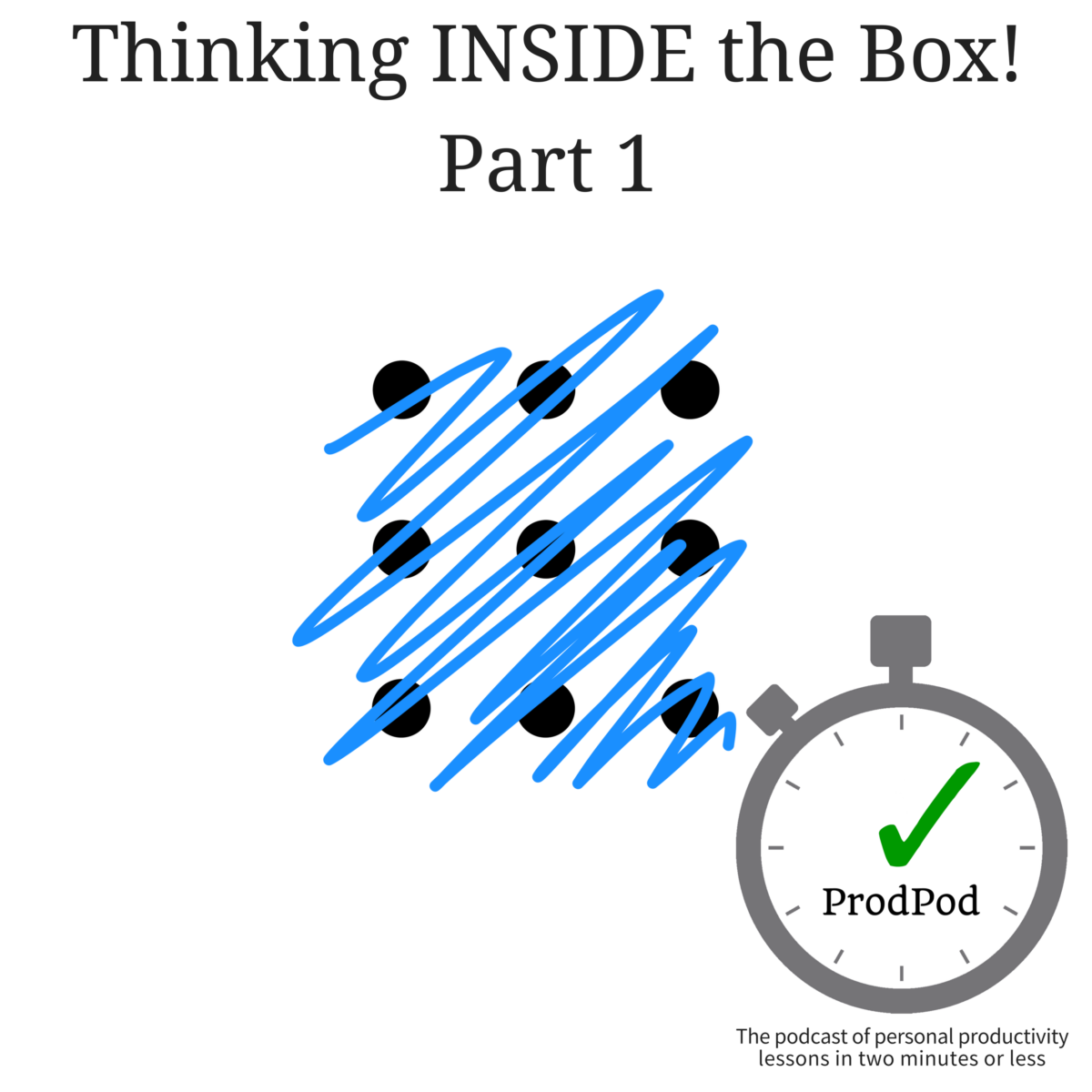 So often I hear the cliché that you need to be an “out of the box” thinker. Creativity and problem-solving (which I feel frequently are synonymous in many circumstances) are, after all, great tools in any productive person’s toolbelt. But, is thinking outside the box really possible? And, if not, how can we effectively use thinking inside the box?

This “think outside the box” conceptual framework of rebutting the traditional perspective came out of the management/marketing consulting of the 1970s, based on the pioneering work of J. P. Guilford on creativity. A “box” for these purposes are any situation, context, place, or paradigm in which we find ourselves.

This was furthered by Edward de Bono who promoted his problem-solving framework. Instead of looking to the status quo or traditionally sequential logic, de Bono recommends thinking about problems from different angles and approaches that might uncover newer problems or unique solutions that couldn’t otherwise have been developed. And so, lateral thinking was born.  For de Bono, “thinking outside the box” is about not limiting oneself to a limited set of solutions.

Don’t get me wrong here, as I laud Guilford for ground-breaking research as a scientist and de Bono for his creative, problem-solving strategies. And, as scientists know, early research can be wrong and that’s the case with Guilford’s. Two sets of scientific research teams have since invalidated the findings of his experiments. Yet, popular and management culture continue to spout the “think outside of the box” mantra like it still makes sense.

In the next episode I tackle some suggestions for thinking inside the boxes we live and work.

I just migrated this site to a different hosting server, and the embedded podcast episodes were deleted. Please visit ProdPod in the meantime while I get this updated!