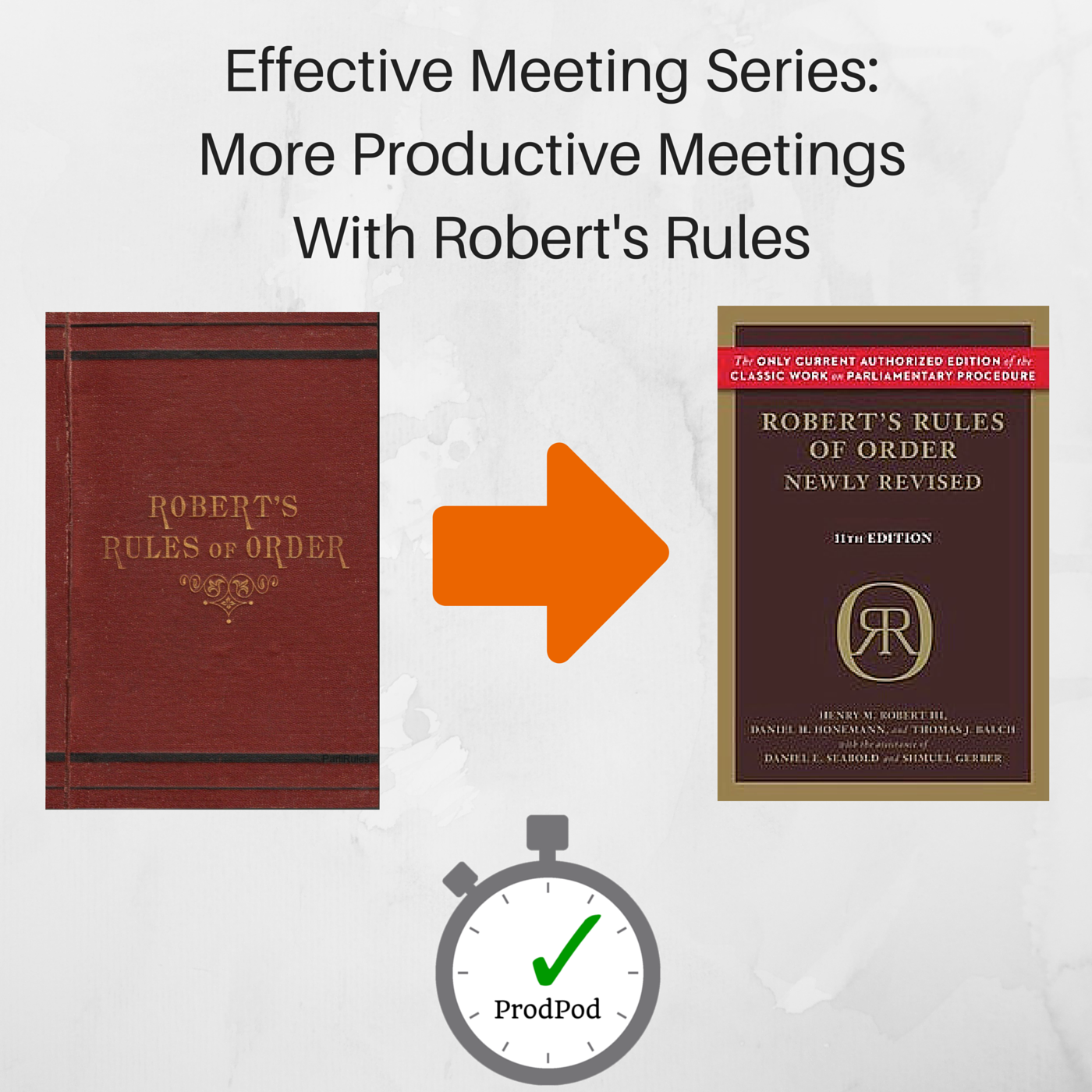 In a nutshell: While Robert’s Rules of Order may seem outdated, outmoded, prescriptive, and even restrictive, you’d be surprised what a little bit of parliamentary procedure can do to make meetings much more highly productive. The episode is the first part, giving some context with important productivity principles for using parliamentary procedure in meetings.

When Brig. Gen. Henry Martyn Robert proposed the use of parliamentary procedure for common meetings back in 1876, he likely didn’t foresee the future of meetings as they happen today. However, while seemingly an anachronism or overly formal to some of you listening/reading (unless you yourself are a parliamentarian), Robert’s parliamentary law was as needed back in the 19th century as it is relevant today for the future of work to be done in more transparent, collaborative, and productive ways.

By creating some fundamental principles for our meeting to  operate, whether using actual Robert’s Rules of Order or those of your own creation, you can then plan, manage, facilitate, and post-manage meetings and their outcomes with greater ease. Here I present the principles that every meeting attendee should be made aware of, and then I propose some modern language for some universal, productive meeting purposes.

First, the fundamental principles of Robert’s Rules of Order Newly Revised Edition, now in its eleventh rendition as of this recording, create some great guidelines I’ve translated for modern business meetings, as follows:

The modern business meeting needs to have a framework to make them most productive and I think Robert’s Rules of Order still provides that 140 years later. In the next episode, I provide some practical steps to making meetings more effective.

I just migrated this site to a different hosting server, and the embedded podcast episodes were deleted. Please visit ProdPod in the meantime while I get this updated!