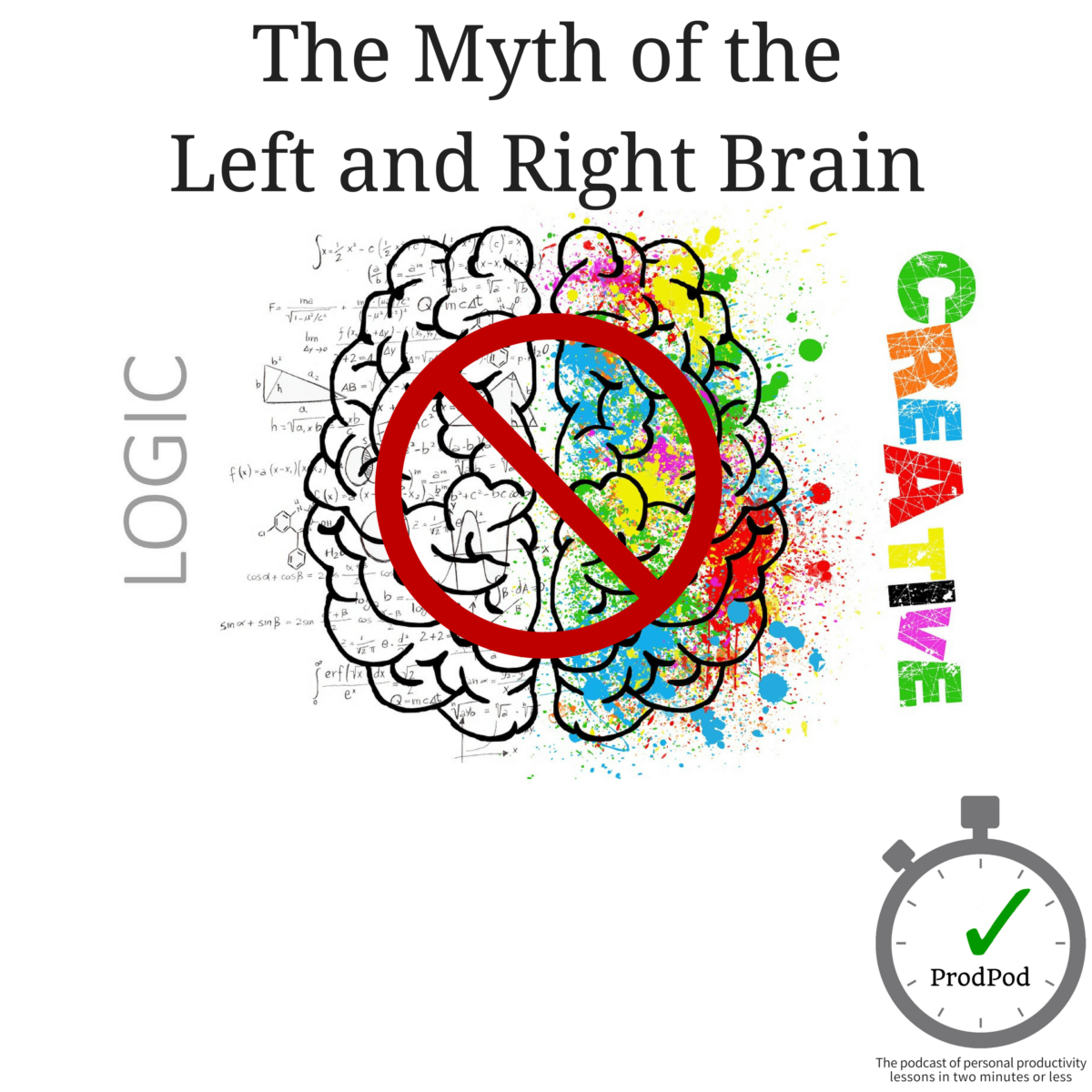 For decades we have talked about the “left-” and “right-brained” person. The idea categorizes those who are left-brained as more analytical and better at the math and sciences, while those who are right-brained as more creative and intuitive and better at the arts. This has become common psychological parlance to talk of people in this way. After all, we have two hemispheres of our brain, and they have been hypothesized and tested to perform different tasks. But, what if I told you that this is a myth. Let’s discuss how the incorrect left and right brain paradigm impacts your productivity, and how, by thinking about it slightly differently and correctly, you can improve your productivity.

In the 1960s, Nobel Prize-winning researcher Roger Sperry conducted tests on epileptics who had their right and left hemispheres separated from the corpus callosum, and determined general regions of the brain handled certain brain functions. Unfortunately, this was misconstrued and the popular psychology notion took it as people had left or right brain dominance. In 2013, cognitive neuroscience researchers published a peer-reviewed study of more than 1,000 brain scans using functional connectivity magnetic resonance imaging (aka fMRI) to conclude strongly that, while the 7,000 brain regions they analyzed do have strong, equal neural network connectivity, there is no dominance of one side of the brain over another. Unequivocally, you’re not creative by right-brain dominance nor more analytical because of left-brain dominance. Your brain is strongest when both sides are active and being utilized. Okay, now that that’s settled, we can all stop blaming our lop-sidedness for our inadequacies in either capacity of life and work.

If you really want to pick sides, people have been getting it all wrong. It’s less about creative right sides or analytical left sides of the brain; it’s more about the top (executive function) brain or the bottom (emotional) brain.

So, how can benefit now that this myth has been busted? Easily. Several research psychologists and other scientists (namely Daniel Levitin, PhD and Jonathan Haidt, PhD) have analogized the top brain as a human rider and the bottom brain as the elephant. In essence, your human rider is logical and thinks it’s in control but it’s merely guiding the elephant. And, the elephant is powerful and instinctive and only listens to the rider on its back once instinctual responses have been satisfied. So, from a productivity perspective, are you trying to appease the rider or the elephant with your core productivity challenges? Most people, I argue, are appeasing the rider. They forget that the rider’s skills desire to be sharpened, but the elephant’s needs must be met. Take this time to note your productivity challenges and then how do you satisfy your elephant in pursuit of getting things done.