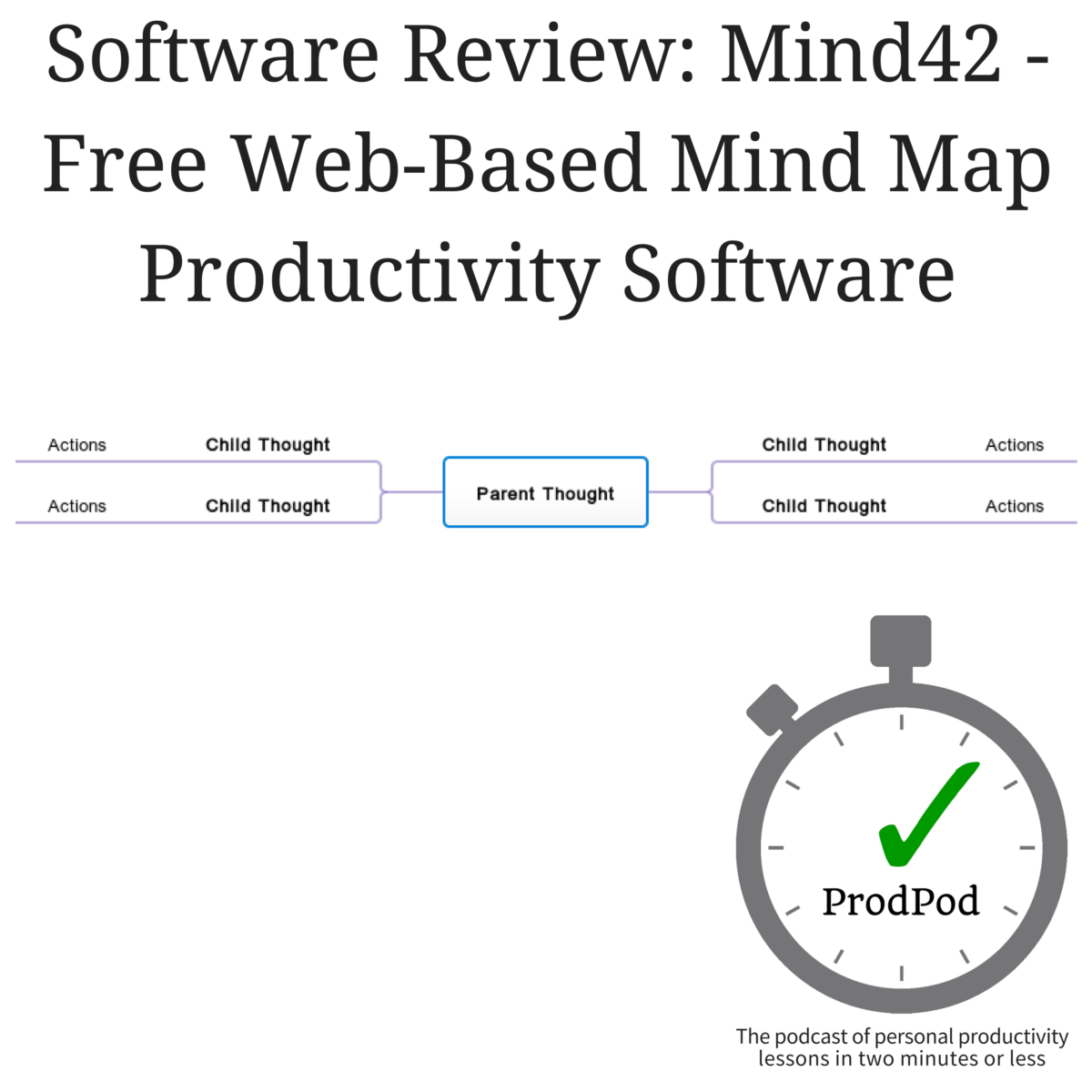 In the last episode, I spoke about using mind maps as a productivity tool. And, one of my favorite mind mapping tools is the free, Web-based software, Mind42. (Note: it is free and ad-supported.)

Mind42 is a comprehensive mind mapping tool that allows you to create as many private and public mind maps as you’d like. After creating an account, you are able to create a mind map. Each thought has the ability to style the text, change colors, and attach an icon to that thought so you can visually identify and categorize thoughts aside from their location in the mind map. Every thought can be made a comprehensive note, meaning you can add headings, and bulleted or numbered lists, within the note. Further, on any thought, you are able to attach a link such an email or Web address, Wikipedia article, an image, or even another mind map. And, finally, individual thoughts are able to have a full to-do list managed all within that single thought. In essence, you can set up an entire productivity system in Mind42.

Other notable features include:

And, while I call it Mind42, I presume it’s really Mind-4-2 to represent its powerful collaborative abilities, since it has view and edit sharing abilities with any other user account on Mind42. I have been able to work collaboratively in a brainstorming session with several others in Mind42 while on a teleconference line.

As an example of using Mind42 with a published mind map, I created a mind map called “Productivity Tools,” published in 2014, where I update (albeit infrequently) with new productivity tools I use or people have suggested to me, so that you can find new tools you can use to be more productive. It’s a central place where I can update everyone about interesting productivity tools in a way that doesn’t take up a lot of vertical spaces.

In all, Mind42 is a flexible and powerful mind map software…and you get it at the cost of unobtrusive display ads in the sidebar. For what it’s worth, It’s not mobile-friendly but that’s not been an issue for me as I have separate software for mobile mind mapping. I hope you get as much productive mileage out of Mind42 as I do.

If you’d like to learn more about mind mapping and several other mind mapping tools, check out “Mindmapping for Small Business,” an hourlong Webinar I gave on the topic.