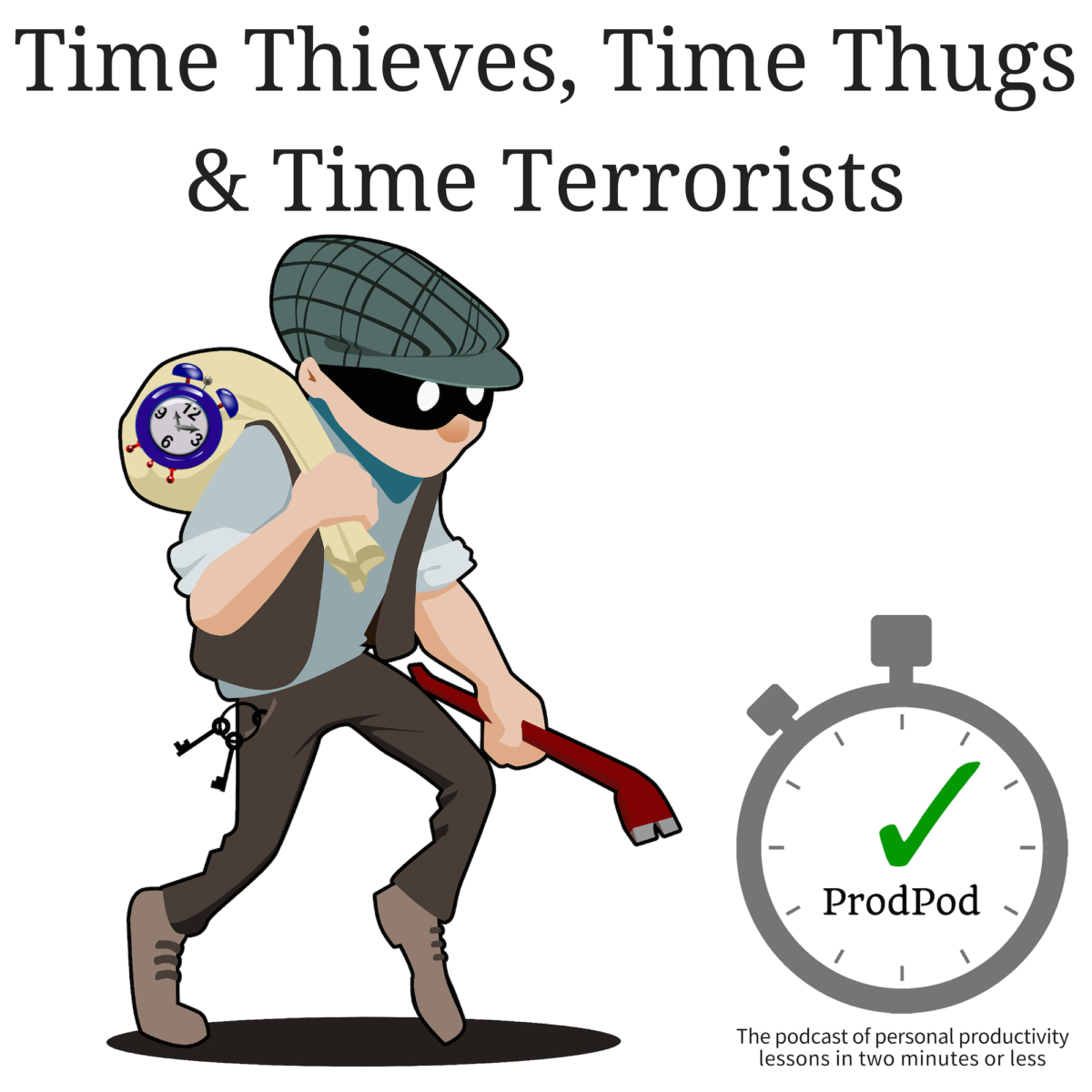 In a nutshell: In the last episode we covered the descriptions of time thieves, thugs and terrorists. Now, I’d like to detail how to counteract these time wasting personas so you can get back to your productive life.

What To Do with Time Thieves

Similar to your home alarm system, you need to set up a time protection system to trigger when time thieves have broken and entered your calendar and productive time, then determine a way to snare the time thief and get them to take back their work and give back your time. This is not easy–it takes assertiveness, potentially involving others in authority, and being ever-vigilant of holes in your time protection system as time thieves are always looking for vulnerabilities. The good part is that you can deter time thieves over time if you stand up to them enough to know you’re not an easy victim.

What To Do with Time Thugs

Time thugs require you to arm yourself with ways to escape from time thugs by coming equipped with weapons, such as saying “no” effectively so you can defer to a later time. Additionally, you need to do enough to get them involved in the work they want you to do and then cede it back to them. Finally, you can (sometimes effectively) avoid time thugs altogether by working around their time schedules when they won’t bump into you…and your time.

What To Do with Time Terrorists

When it comes to time terrorists, you must figure out the reasoning for a time terrorists’ actions; that’s the key to not negotiating or having to pay their time-sapping ransom. If you show a time terrorist that you’re unphased by their tactics then they won’t give up totally but their choice of when, where and how often to strike becomes less severe and often. And, the tactics you devise for dealing with time thieves and thugs can often also apply here with time terrorists. It’ll be a matter of mixing and matching those tactics to keep time terrorists on their toes.

So, the next time you’re faced with a time thief, time thug, or a time terrorist, you can mount a defense for your time.